by Gary A. Enos, Editor

“In the simplicity of your production came a powerful presentation …”

“The show was wonderful. It moved many of the audience members to tears.”

“The presentation of story lines and characters by means of vignettes was realistic, sensitive, poignant, and very true to life.”

Broadway talents would sell their creative souls for such reviews. And some of them wouldn’t mind a 17-year run of success either. Both are part of the résumé of the troupe involved in “Visions,” a play about addiction and recovery that has offered a unique mutual experience of healing for actors and viewers alike.

Begun in 1991 by an automotive plant worker who scribbled his ideas during breaks from the assembly line, “Visions” (https://www.visionsrecoveryplay.com) has reached a total audience of more than 30,000 in six states. Addiction treatment centers, correctional facilities, community centers, and churches in New York, New Jersey, and Pennsylvania have been the most frequently visited performance sites.

What began as a 20-minute script performed by 20 actors (most in recovery) has grown into a 90-minute performance of 22 personal scenes, with a volunteer staff of 300 and about $15,000 of equipment that “we made, borrowed, or stole,” in the words of founder Bob L. What has remained consistent throughout, he says, is a message of hope about recovery that compels the volunteers to return to the stage again and again, and offers individuals in early recovery something to hold on to as they watch the performance.

“There are so many stories,” says Bob, now 57 and retired from the plant. “We went into one adolescent center, and one of the clients came up to us afterwards and said, ‘I was going to run out of this place and kill myself, but I’m going to stay now.’”

The experience has been an adventure for Bob and the other volunteers. They have had the opportunity to take their message everywhere from the halls of Congress during Recovery Month to a series of two-week runs smack in the middle of New York City’s Off Broadway scene. Yet this remains a modest venture: Visions Recovery, Inc. has nonprofit status and theoretically can receive grants, but Bob says there’s little opportunity to realize that in an organization that generally adheres to the essential simplicity of 12-Step recovery.

“We’re not about ‘research,’ we’re not about ‘admissions,’ or any of that jargon,” Bob says. Whatever magic occurs in the interaction between an audience member in need and an untrained actor who’s been there before doesn’t tend to get classified as an “evidence-based” experience.

The troupe will receive a handful of donations at its typical show, but the plays are generally performed free of charge. About two-thirds of the performers are men; those participants who aren’t in recovery usually have been touched by addiction in someone close to them. 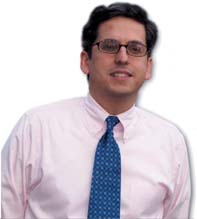 Even with the impressive results that have been achieved from a lean production, Bob says he has a higher goal: to make a film that would give the message of recovery an even wider distribution. He also thinks the troupe could lighten its performance schedule (“I’m a little tired,” he admits) by moving more fully into training other organizations to be able to stage their own “Visions” performances.

“I’d train a group of 20 people to do ‘Visions’ in their community,” Bob says. After all, who by now would doubt that the message of recovery would travel well?